Home/Blog/Join Us in Recognizing Denim Day on April 28, 2021
Previous 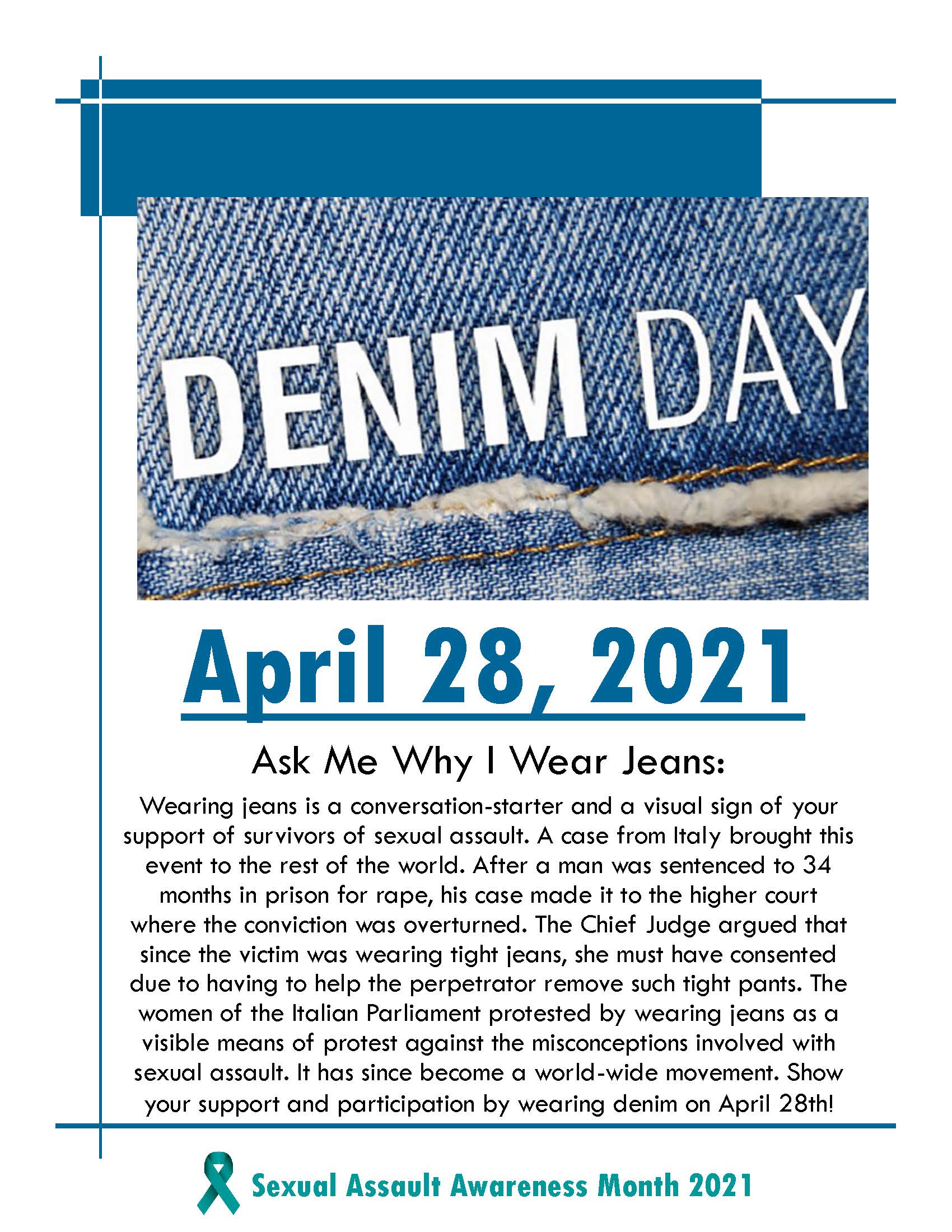 By participating in Denim Day this April 28, you can play a role in the prevention of sexual violence. Every year we ask community members, elected officials, businesses and students to make a social statement with their fashion and on April 28 to wear jeans as a visible means of protest against misconceptions that surround sexual assault.

Denim Day was originally triggered by a ruling by the Italian Supreme Court where a rape conviction was overturned because the justices felt that since the victim was wearing tight jeans she must have helped her rapist remove her jeans, thereby implying consent. The following day, the women in the Italian Parliament came to work wearing jeans in solidarity with the victim. Denim Day was developed in response to this case and wearing jeans during this annual event has become a symbol of protest against erroneous and destructive attitudes about sexual assault.

Women of the Italian Legislature protested the decision by wearing jeans to work. As news of the decision spread, so did the protest. In April 1999, a social service agency in Los Angeles established the first Denim Day in the United States.

Why we recognize Denim Day

Open Heart Advocates carries on this tradition. We wear denim to dispel harmful myths about sexual violence and survivors.

We invite your workplace or school in Moffat County to join us! Raise awareness of sexual violence and funds to help survivors by inviting employees to wear jeans for a day.

We will provide stickers for those who contribute $5 to Open Heart Advocates. This money goes to help victims with domestic violence, sexual assault and human trafficking. After you have collected your money, we will come by and pick up your envelope.

There is no excuse and never an invitation to rape. Call our hotline if you need support: 970-824-2400. All information and services are confidential. For more information on our local sexual assault support services, learn more here.

About the Author: Open Heart Advocates